—Thanks all the same, but I have to make ______ early start tomorrow morning.

7.When interviewed, the family members of the victims said that they didn’t know what ______ without their loved ones.

A they expect B to expect

C to be expected D to have been expected

A it B one C that D the one

A when B how C what D which

10.This camera is of good quality. If it ______ break down within the first year, we would replace it with a new one.

A Take your time B That’s all right

A was suggesting B have suggested

C would suggest D had suggested

A dressed B dressing C to dress D being dressed

A what B in which C where D which

16.Teaching and learning are parts of the same educational experience, but unfortunately they are often thought of ___________ separate.

A as if B being C as D like

A were to accept B was to accept

C was to have accept D had accepted

18.---We could invite John and Barbara to the Friday night party.

A why not B what for C why D what

I was required to read one of Bernie Siegel’s books in college and was hooked on his positivity from that moment on. The stories of his unconventional ideas and the exceptional patients he wrote about were so ___21____ to me and had such a big___22_____ on how I saw life from then on. Who knew that so many years later I would look to Dr. Bernie and his CDs again to ___23___ my own cancer experience?

You may know Li Yundi as one of the leading Chinese pianists, but he is about to take on another role. The pianist will pick up the baton for the first time, leading the Warsaw Philharmonic Orchestra for a five-city tour in China, which started in Chongqing on Aug29, followed by Guangzhou, Shenzhen, Beijing and Shanghai through September.

An exhibition showcasing masterpieces of the 17th century Dutch Golden Age will come to an end during the weekend. The 17th century Dutch Golden Age had several significant artists and a range of great pieces produced during the period, including Fan Vermeer’s Young Woman at a Virginal, Fan Lievens’ Boy in a Caper and Turban and Remebrandt’s Self-Portrait with Shaded Eyes. It is the first time some of the most famous examples of the time have been shown in China.

The opera Rickshaw Boy, adapted from a novel of the same name by famous Chinese writer Laoshe, will be played in Beijing next week. The opera is filled with Chinese musical elements, including Peking Opera and folk songs, to bring to life memories of old Beijing. First published in China in 1937, Rickshaw Boy tells the story of Xiangzi, an honest and serious country boy who works as a rickshaw puller in Beijing. His greatest ambition is to one day own his own rickshaw rental agency. Xiangzi is nonetheless thwarted(挫折) in attempts to improve his life.

And Give Us the Shadows (Swedish)

In 1941, US author and Nobel Prize winner Eugene O’Neill wrote an autobiographical(自传的)piece, Long Day’s Journey into Night. The title says it all. All readers are witness to a day in the life of the Tyrone family. Father, mother and two sons are struggling with their addictions(alcohol and drugs), demons (邪恶的事物)from the past and with each other. It will be played in Swedish, with Chinese subtitles.

A Eugene O’Neill’s. B Jan Vermeer’s.

37.Which of the following works describes the life struggling of a country boy in old Beijing?

A Young Woman at a Virginal. B Rickshaw Boy

38.If you are interested in the masterpieces in the 17th century, how much can you pay to book a ticket?

Donald John Trump(born in June 14，1946)，is an American businessman and politician who became the President-elect of the United States on November 8，2016.Since 1971 he has chaired The Trump Organization，the principal holding company for his real estate ventures and other business interests.During his business career，Trump has built office towers，hotels，casinos，golf courses，and other branded facilities worldwide.

Trump was born and raised in New York City and received a bachelor’s degree in economics from the Wharton Schoo1 of the University of Pennsylvania in 1968.In 1971，he was given control of his father Fred Trump’s real estate and construction firm.Trump has appeared at the Miss USA pageants，which he owned from 1996 to 2015，and has made cameo appearances in films and television series.

Trump and his businesses，as well as his three marriages，have received prominent media exposure.He hosted a popular NBC reality show，The Apprentice，from 2004 to 2015.As of 2016，he was listed by Forbes as the 324th wealthiest person in the world，and 156th in the United States，with a net worth of $3.7 billion in October 2016.

Trump first campaigned for the U.S.presidency in 2000，winning two Reform Party primaries.On June 16，2015，Trump again announced his candidacy for president，this time as a Republican.Trump became known for his opposition to illegal immigration and free trade agreements，as well as his frequently non-interventionist views on foreign policy，and quickly emerged as the Republican nomination front-runner.As of March 23，2016，Trump has won 21 contests in the 2016 Republican presidential primaries.

He was elected as the 45th U.S.president in the 2016 election on the Republican ticket，defeating Democratic nominee Hillary Clinton，and took office on January 20，201 7.At 70 years old，he is the oldest person to ever assume the presidency.

A a story book B a biography book

40.Where is Donald Trump’s hometown?

A wealthy and Successful B intelligent but mean

A Donald Trump is only successful in business field

B Donald Trump was born in a poor family

C Donald Trump is in favor of illegal immigration

D Donald Trump is the oldest president of the United States

In the United States, employees typically work five days a week for eight hours each day. However, many employees want to work a four-day week and are willing to accept less pay in order to do so.

If a law required companies to offer their employees the option of working a four-day workweek for four-fifths of their normal pay, it would benefit the economy as a whole as well as the individual companies and the employees who would decide to take the option. The shortened workweek would increase company profits because employees would feel more rested and quicker, and as a result, they would make fewer costly errors in their work. More staff would be hired to ensure the accomplishment of the same amount of work, but it would not result in additional pay that the company has to prepare for these people. It is because four-day employees would only be paid 80 percent of the normal rate. In the end, companies would have fewer overworked and error-prone(容易出错的)employees for the same money, which would increase company profits.

For the country as a whole, one of the primary benefits of offering this option to employees is that it would reduce unemployment rates. If many full-time employees started working fewer hours, some of their workload would have to be given to others. Thus, for every four employees who would go on an 80 percent week, a new employee could be hired at the 80 percent rate.

Finally, the option of a four-day workweek would be better for individual employees. Employees who could afford a lower salary in exchange for more free time could improve the quality of their lives by spending the extra time with their families, pursuing private interests, or enjoying leisure activities.

43.To take the option, the employees would like to .

A work longer B give up private interests

44.What would be one benefit from taking the option?

B More work would be completed better in advance.

C One-fifth of the pay would be saved by companies.

45.What does the author agree with?

A Employees will earn more money.

B More people will have chances to work.

C One out of four employees will be hired soon.

D A law will he passed to offer employees the option.

Sleep is something we all do. But some people need to sleep more than others. Babies sleep most of the time. Children in school sleep about ten to twelve hours a night. Most adults sleep only seven or eight hours. ___46___

All parts of our bodies have to rest after they work.. Our arms need a rest after we lift heavy thing, When we run fast, our legs work hard. They get tired. We have to rest them. Our brains work hard, too. ___47___. We can sit quite still and rest our arms and legs. But our brains aren’t resting. They go right on thinking as long as we are awake.

Our brains slow down a bit when we sleep and dream. ___48___ Instead of thinking wide-awake thoughts, our brains make up dreams. Some dreams are very pleasing. Some are not. Most of the time we forget them when we wake up.

Scientists have tried to find out what would happen if people were not allowed to sleep. They asked some people not to go to bed. The people stayed up all night and all the next day. They stayed up the next night too, and the day after. They played games, but they made mistakes. They forgot things. ___49___

The people grew rude and mean. They became angry with their friends. Finally they were too tired to stand up. When they sat down, they fell asleep.

Scientists have found that if people are not allowed to sleep and to dream, they act in an unusual way. ___50___ But we do know that we need it to stay well. So tonight have a good sleep. Lie down under the covers. Shut your eyes. Let your thoughts wander. Soon you’ll stop thinking. You’ll be asleep.

A. It was hard for their tired brains to work.

B. When we are awake, they help us pay attention to the world around us.

C. But babies, children, and adults ---- all of us need to have our sleep.

E. No one knows why sleep is so good for us.

F. But even as we sleep our brains are doing some work.

G. Of course you will have a good sleep.

Classical Chinese poetry is traditional Chinese poetry 51 (write) in Classic Chinese and typified by certain traditional forms. Many 52 (poem) come from particular historical periods, such as the poetry of the Tang Dynasty and the verse of Song Dynasty. 53 (it)existence dates back to at least as early as the publication of the Classic of Poetry or Shijing. There are 54 (vary)combinations of forms and genres, most of 55 arose at the end of the Tang Dynasty.

Development of Classical Chinese poetry 56 (active)continued up to the year of 1919, when the May Fourth Movement 57 (take) place, and is still popular even today. Classical Poetry created during this 2,500 year period has been developing continuously, 58 (produce)a great deal of diversity-classified by both major historical periods 59 dynastic periods. 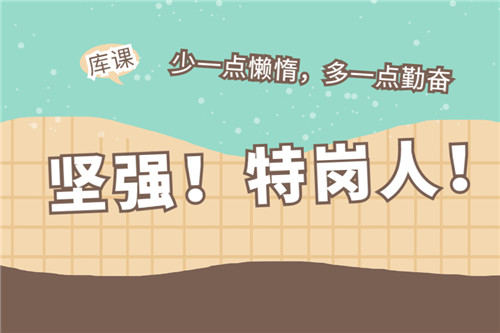 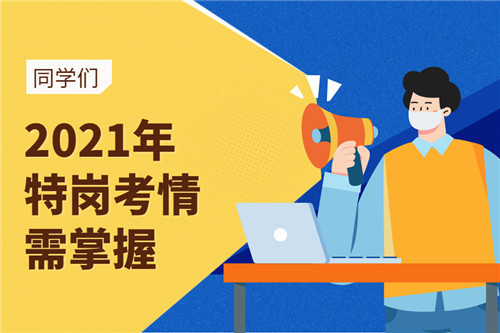 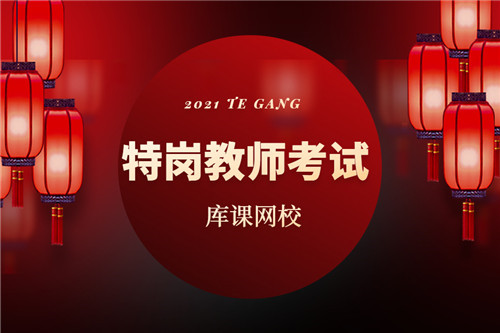 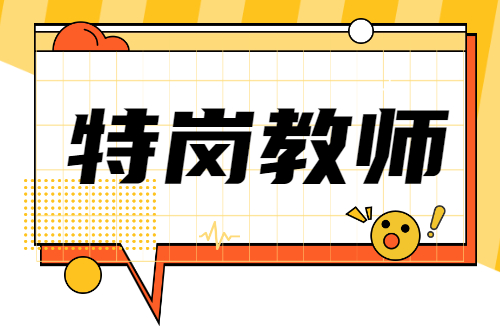 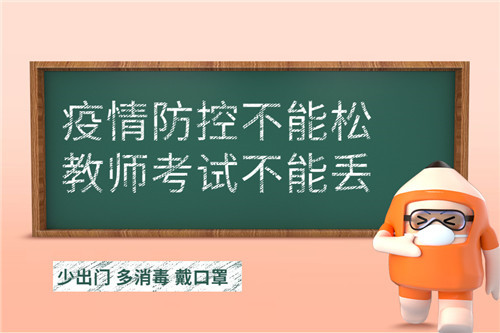 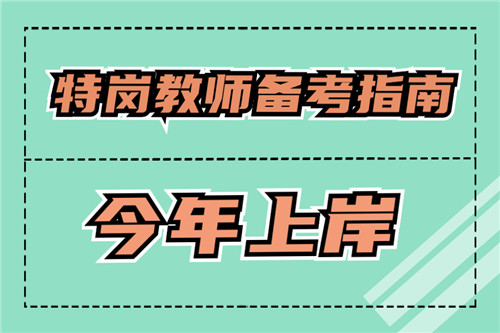 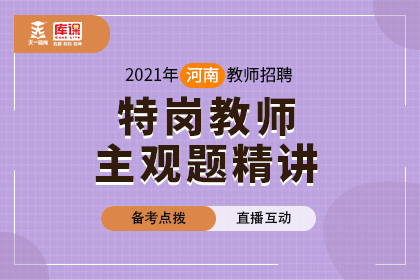